How Hatred Only Hurts The Hater

Can I give you my free workout?

A thought for the weekend, guys: Give up hatred.

I posted the following 15-second clip on my Instagram recently. Check it out…

I think it’s a huge mistake to ever hate someone. Hatred in corrosive to the hater.

Buddha said, “Holding on to anger is like grasping a hot coal with the intent of throwing it at someone else; you are the one who gets burned”.

As soon as you hate someone, that person OWNS YOU to some extent. They own you because they are taking up a huge amount of valuable real estate…in your mind. You should never let yourself sink into hatred.

I think it’s obvious that a mental attitude of tolerance, warmth (and yes forgiveness) leads to all-round contentment and happiness.

Mark Twain said it best when he declared… 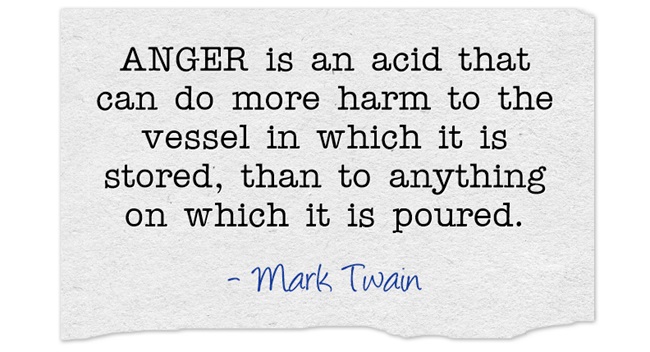 Have a great weekend, everyone!

Over the past weekend I was thinking about how to simplify the fundamentals of training to maximize muscle growth. I mean, is there one rule that can sum it all up? 1 word? 1 phrase? 1 sentence? This 1 principle should contain all others and should be simple enough to...
Read More

How To Get A Toned Body – Weight Training For Women

Attention Women! You want to know how to get a toned body? (Guys, read for information purposes only) * Do you want a sexy body? * Do you want that toned look? * Want a low body fat percentage? * Want small hips and a pert butt? I’m sure not many women answered ‘No’...
Read More

How My Inbox Finally Conquered Me!!

Ahhhhhh, so many emails, so little time. If you’ve emailed me in the last few weeks, you may have gotten a response, you may not. In the early days of this website, I could respond to every single email I got. These days there’s just no way I could accomplish that. If...
Read More

Have you seen Mark Wahlberg’s crazy daily schedule!? Here it is including waking up at 2.30am, 2 x daily workouts, cyrotherapy, and bedtime at 7.30pm. What do you think?

2min Video Gets You Super-Motivated For Bodybuilding

This 2-min video will get you HYPED for lifting! Watch this if you need to get motivated to go to the gym!

How To Burn More Fat During Your Workout

Would you like to ensure that your body uses more fat during your training? There's something you need to do BEFORE your workout to produce this result. DON'T consume high glycemic carbs or sugar. Here's why... The body will preferentially use this sugar as fuel...
Read More

Ask Mark: Does Protein Count Towards My Calories?

How Mark Gets Ripped Mark's Big Arms Plan Mark's Big Chest Plan Mark's Big Legs Plan ASK MARK: DO I COUNT PROTEIN TOWARDS MY CALORIES FOR THE DAY? ANSWER... I had the opportunity during the summer to look trough someone's diet to...
Read More

7 Legit Ways To Speed Up Your Metabolism

Ever wondered if it is possible to speed up your metabolic rate? People talk about this, but is it realistic? You'd burn more energy at rest, not to mention just feel better (did you know that anything that tends to speeds up your metabolism, puts you in a better...
Read More

If you've ever had trouble building up the trapezius muscle, you won't for very muscle longer. To discover which exercise will produce the most muscle growth we first need to look at the muscle's function, then find a movement that can provide resistance in its...
Read More

I'm very pleased to announce the beta version of the NEW MuscleHack App is here for you to download. The point is to get feedback, both positive and negative, in order to improve the app before it launches in the Google Play store. So....test, test, test! The...
Read More