No.1 Mistake People Make On The MANS Diet 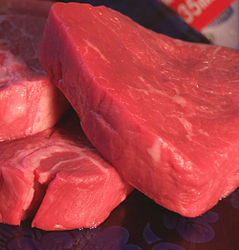 I’ve received some amazing success stories by email from people who have adopted the MANS diet.

There is one question that keeps popping up though,

“Am I eating enough?”

If you have to ask, you probably aren’t. I understand it’s hard shifting from a dependence on carbohydrates and an avoidance of fat to embracing a high-fat/low-carb diet.

When you think ‘snack’ – crackers, chips and candy bars come to mind when cheese cubes, home-made protein bars and beef jerky should be the automatic response. It just takes a little getting used to, that’s all.

Personally I think it’s easy. Make sure you have the following in your diet:

Remember, there’s always the ‘monster whey protein shake‘ to bump up the calories in one go.

I also have a video of a guy making a nice low-carb, home-made protein bar here (scroll to the bottom of that article).