Does Caffeine Make You Fat? 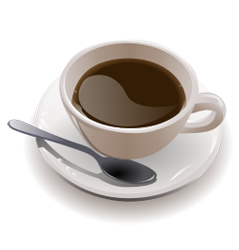 Ok guys, this is IMPORTANT!

No matter what diet your on, if your guzzling coffee like it’s going out of fashion, you may be working against yourself!

There is still no definitive answer to this question but I have recently come to my own conclusions on the matter. It could have a DRAMATIC implications for your diet, and could help you reach your goals FASTER.

So, why the confusion?

Some people say that caffeine will raise your blood sugar, others say it doesn’t. Some studies show that it does, BUT, only in diabetics.

A lot of you will remember that a I gave up all caffeine a short time ago (except for 100mg pre-workout) and felt much better for it. Yes, there were the initial caffeine withdrawal headaches but I got through it and really felt GREAT afterwards.

This prompted me to look into caffeine again and see is it negatively impacting us in terms of weight control.

The basic question is….

If so, it therefore raises insulin and we know that insulin spikes store fat.

To answer that question we need to look at STRESS. In our caveman past, stress (possibly in the form of the 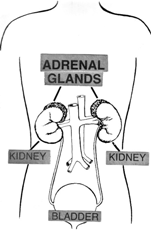 threat of being eaten!) served us well in that it stimulated the adrenal glands to release the hormones dopamine and adrenalin.

These hormones seek to get any stored glucose back into the blood stream to be used as quick energy. More glucose in the bloodsteam means more insulin.

From this we could logically infer that caffeine will raise blood sugar and can contribute to fat accumulation.

It should also become apparent that stress is a bad boy. Being stressed out will have similar effects to guzzling coffee in terms of blood sugar and insulin. Also, as I state in point 7 in this article, stress is catabolic and works to break down muscle tissue.

For those of you on my Total Six Pack Abs program, the recommendation is clear: Ditch the caffeine.

One exception; you’ll remember from the book that I state that caffeine DOES enhance the fat-burning effects of ephedrine. Towards the end of a cutting cycle in an effort to help lose those last couple of pounds of fat, an EC stack will work wonders. Just remember to come off it altogether when you’re all done cutting.

I will still be taking my 100mg caffeine anhydrous before workouts as any extra glucose dumped into my bloodstream will be readily used up by intense THT workouts.

So there you have it folks. For the most part caffeine is a bad boy, but still has its uses.