Will Taking Creatine Leave You Bloated? 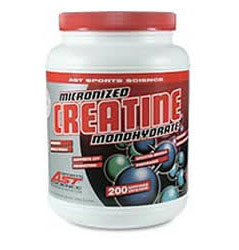 One concern that pops up from time to time is water retention.

So let’s take an objective look at this. Thankfully a study was designed to test this very notion.

The study lasted 4 weeks, then subjects were measured for:

After an overnight fast, urinary Cr and creatinine concentrations, muscle Cr concentration, body mass, TBW, ECW, and ICW were measured, and subjects were randomly assigned to either a Cr or a placebo (P) group.
The Cr group ingested 25 g/d of Cr for 7 days (loading phase) and 5 g/d for the remaining 21 days (maintenance phase), whereas the P group ingested a sucrose P using the same protocol. All the measures were reassessed immediately after the loading and maintenance phases.

The Creatine supplementation protocol was effective for increasing muscle creatine concentrations, body mass, and TBW; however, fluid distribution was not changed.

Total body water is indeed increased but, importantly, the fluid distribution is not affected.

Supplementing with micronized creatine monohydrate is very important to preserving and growing new muscle tissue while cutting. However, from the above data, it may be advantageous to cease creatine supplementation before a contest.

I don’t compete and never have, so this isn’t an area of speciality for me. It would seem that you may look a little more ripped when cycling off creatine, BUT also note that you would appear slightly smaller too, the choice is yours. When primarily targeting muscle growth however, creatine supplementation is a no-brainer in my opinion.