Why Supersets Aren’t So Super 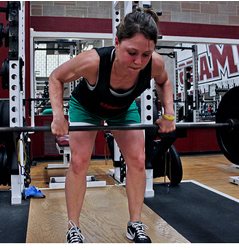 I’ll be blunt about this: One of the dumbest things you can do is a superset.

Take a look around the web and you’ll no doubt come across several websites advising you that supersets will ignite new growth for those who have plateaued. I say they do no such thing.

Before I go any further, let me state that this article is talking about supersetting DIFFERENT body parts, not back-to-back sets of the same muscle group, which I will talk about a little later.

Most web sites that promote this method often do so without any explanation whatsoever. They tell you it’s good, but not WHY it’s good. The sites that do give reasons usually say something like the following:

1) Doing the same workout over and over again leads to plateaus. Supersets break the monotony by SHOCKING the muscle and forcing new growth.

This is total B.S. No-one should ever be doing the same workout anyway because you should always be adding more reps and/or more weight to the bar. This is progressive overload, which underpins all success in bodybuilding.

Changing your routine often in order to shock your muscles is a strategy doomed to failure. Muscles don’t get shocked. Secondly, changing a routine too often leads to a slowing down of REAL strength and size gains for reasons I’ve outlined in this article about so-called “muscle confusion”.

What!? Come again!? Pardon me!? Are you kidding me!? Last time I checked the purpose of a bodybuilding workout wasn’t to try and get it over with as soon as possible, but to intelligently impart the precise stimuli that stimulates new muscle growth.

While a workout for a natural trainee should come in at around an hour or less, that’s actually more than enough time when you know what you’re doing. Doing things properly creates MAXIMUM overload. Supersets actually decrease the intensity for reasons I’ll cover a little later.

3) Higher Production of Anabolic Hormones. By not taking breaks between sets the body will release more testosterone.

I doubt it. Firstly, I think the “hormone theory” of bodybuilding has been laid to rest (RIP). The homone theory says that a workout that causes the highest production of anabolic hormones ends up producing the most muscle growth. I talk about this in the “Compound & Isolation” section of THT 4, leaving you in no doubt that compound-only routines are INFERIOR to workouts consisting of both compound and isolation exercises.

Secondly, there’s just no way that a superset workout would end up producing more testosterone. Why not? Because you end up using lighter weights because of the fatigue involved. You’re not going to be able to maximally overload 2 muscles groups when you take no rest between working them. This leads us on nicely to the last nonsensical point…

4) You Can Use Lighter Weights.

Now don’t laugh. This is actually being touted as a benefit, can you believe that? Apparently you can push your body “to the limit” with lighter weights than normal because of the higher fatigue involved in back-to-back sets.

Isn’t that a good reason why a bodybuilder should never dream of doing supersets? You need adequate rest between sets to allow for both localized recovery of the muscle (flushing out lactate) and systemic recovery (getting your breath, getting your heart rate down, feeling energized and motivated for the next set).

This is a bodybuilding workout after all. You need to be at your best in each set. You need to have the capability to push the heaviest weight you can for the maximum number of reps possible. Supersets just don’t allow you to do that. And some bozos see this as a benefit!?

The Goal of a Bodybuilding Workout

As we’ve seen in point 4, supersets lead to a DECREASE in intensity because of the negative impact on both local and systemic recovery.

Since the goal of a bodybuiliding workout is to perpetually increase the overload and intensity placed on our muscles over time, straight sets achieve this much better than supersets.

Now I need to be 100% clear about this. Supersetting 2 different bodyparts is totally different from performing a pre-fatigue set on the same muscle e.g. my shoulder pre-fatigue set, which involves back-to-back sets of overhead press and lateral raises.

A pre-fatigue set will INCREASE intensity by forcing a muscle beyond positive failure e.g. if you take the lateral deltoid head to failure with a set of lateral raises, then perform the compound movement Overhead Presses, the lateral head will be pushed beyond its normal levels of intensity as more deltoid muscle fibers, and even the triceps, are called into play to perform the 2nd exercise.

However, even in workouts where I recommend this method, (shoulders, chest, biceps in Volume Cycle 1) you’ll note that there is always a straight set prior to the pre-fatigue sets so you can still establish new bests in the big lifts. The pre-fatigue will more than likely cause you to use a lighter load in the overhead press for example, so you should always begin the workout with a straight set or 2 before beginning the pre-fatigue technique.

So that should clear up any confusion between supersets of different body parts and pre-fatigue sets, which some people refer to as supersets. There is a world of difference. One is effective, the other is counter-productive.

Bodybuilding gains are essentially caused by progressive overload and have nothing to do with attempting to increase the volume of work done per unit of time.

Other forms of training with completely different goals may utilize this strategy, but it is NOT something to be carried out by those wishing to increase the strength and size of their muscles.