Saturated Fat: Not Guilty As Charged! 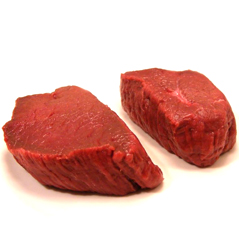 Think it’s going to kill you?

In fact, not only is it wrong, but your gains as a bodybuilder are being hampered by eliminating foods containing saturated fat and cholesterol – more on this later.

Two recent developments have helped bolster the claim that saturated is harmless, and in fact, beneficial to your health.

Make no mistake about it, the old paradigm is dying. An untrue assertion simply cannot stand the test of time when the facts tell a different story.

Since this particular nonsense has been going since the 1950’s, I think it has overstayed its welcome by a few decades at least!

I talked about this briefly in the new Total Six Pack Abs book, but I want to blog about it for the benefit of all those who haven’t purchased the program as yet.

To test the efficacy or both low-carb and low-fat in relation to heart-health markers, a 2-year study put 307 subjects on either one of the diets.

If any of you have ever been on the Atkins diet, you’ll recognise that this is exactly how that diet is to be undertaken.

On the other hand, the “low-fat diet consisted of limited energy intake (1200 to 1800 kcal/d; ≤30% calories from fat)”. So they were in a Caloric-deficit and eating less than 30% of their daily Calories from fat.

So while the low-carbers could eat unlimited amounts of fat and protein, the low-fatters ate little dietary fat within the context of a Calorie-restricted diet.

Conventional wisdom would certainly favor the low-fat approach. Let’s have a look at the conclusion of that study…

The study concluded that low-carb nutrition is associated with greater reductions in diastolic blood pressure, triglyceride levels, and very-low-density lipoprotein (VLDL) cholesterol levels, than a low-fat diet. Interestingly, weight loss was equal even though the low-carbers were allowed to eat as much as they liked.

According to Dr. Robert Lustig, you know your VLDL is decreasing if your HDL cholesterol increases (good) and your triglycerides decrease (also a good thing). Typically, this is what happens when someone goes on a low-carb diet.

(Ref: Weight and metabolic outcomes after 2 years on a low-carbohydrate versus low-fat diet: a randomized trial)

The second development I’d like to bring your attention to is a recent meta-analysis of prospective cohort studies evaluating the association of saturated fat with cardiovascular disease led by Dr. Ronald M. Krauss. It looked at 21 studies that referenced saturated fat and heart disease. It concluded:

“A meta-analysis of prospective epidemiologic studies showed that there is no significant evidence for concluding that dietary saturated fat is associated with an increased risk of CHD or CVD”.

“It’s the carbohydrate that appears to have most of the effect when it comes to dietary influences. Increasing saturated fat does not appear to reduce the benefits of limiting carbohydrate.”

This means that the heart-health benefits of reducing carbohydrate intake are not diminished by increasing your intake of saturated fat.

I’ve shared the following video before, but I think it’s particularly relevant here. It’s from the documentary,”Fat Head” by Tom Naughton. Check it out…

So I said above that a low-fat, low-cholesterol diet is not optimal for the natural bodybuilder. Why not?

Cholesterol is a precursor to the anabolic hormone testosterone. It is found in high-fat foods such as eggs, butter and red meat which promote maximum serum levels of the 3 muscle-building hormones:

A low-fat, low-cholesterol diet is therefore not desirable for anyone seeking to build muscle. Eat your eggs, red meat, nuts, seeds, and so on without fear. Of course you need to reduce your intake of refined carbs and sugar at the same time!

Do you know anyone that has been told to cut down fat consumption by their doctor in order to improve their heart health?

My mother was recently given this advice. She told him that she doesn’t eat a lot of fat but she was sent away with low-fat recommendations nevertheless.

I told her the problem was with all the sugar she consumes, she didn’t listen (I don’t have a white coat after all). See this post for why a high-sugar diet can give you a heart attack.

Anyway, she reduced her fat intake further and ignored what I said about sugar. At her next check-up, the doc told her the dietary changes didn’t work and she’d have to start taking cholesterol-lowering drugs. When I’ve been at her home lately, I’ve told her that she wouldn’t need the drugs if she just cut out all the sugar – she’s still taking the drugs. When a belief gets so deeply ingrained into the mass consciousness, it becomes very difficult to uproot.

The bottom line is this: eat the foods that nature provides in its natural form and you’ll be fine.