Do You Really Need Carbs To Workout Effectively? 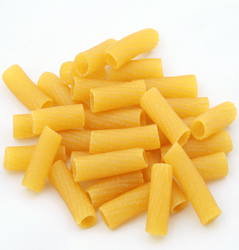 One of the major criticisms of low-carb nutrition is the assertion that carbohydrates are NEEDED by the body to power effective workouts.

Does science actually back this idea up?
Are there other alternatives to carbs? Let’s have a look.

There’s no doubt that the majority opinion is that carbohydrate is the superior fuel, especially with results from studies like the 1939 Danish endurance test [1], and the Second World War ‘Pemmican’ study [2].

But the one weakness of these types of studies is DURATION i.e. a couple of days to a week! This is hardly long enough to really assess the effect of low-carb/ketogenic diets on performance.

We know that a body that burns fat as its primary source of fuel requires different enzymes to function than a carbohydrate metabolism. Synthesizing the correct enzymes in sufficient quantities to become a fat-burner takes a little time. Only THEN can we truly access the effects of a low-carb diet on exercise performance.

Once adapted, exercise performance is as good as ever. The truth is that if you are working out for less than an hour (as we do with THT workouts), the body doesn’t rely much on stored carbohydrate (glycogen) for fuel, ketones can easily take care of it.

One 8-week, metabolic ward study by Dr. Stephen Phinney [3] tested the above hypothesis i.e. that there is no detrimental effect on exercise performance after fat adaptation has occured.

“Treadmill performance testing of these subjects included determinations of peak aerobic power (VO2max) after a 2-week weight maintenance baseline diet, and again after 6 weeks of the ketogenic weight loss diet. Endurance time to exhaustion was quantitated at 75% of the baseline VO2max.”

The endurance test was undertaken during…

The results are summarized below…

Some interesting observations here. Yes, the subjects did see a decrease in endurance after 1 week on the ketogenic diet but lets see what happens after 6 weeks.

Endurance time on the keto diet was significantly INCREASED over the baseline value. Also, the oxygen/energy cost of the test was significantly DECREASED compared to baseline. According to conventional wisdom; that’s not supposed to happen!

Now, the subjects did lose weight, in fact, they lost an average of 22lbs! However, this was compensated for by making the subjects wear a backpack during training, which weighed the same as the weight they had lost.

An interesting point is that the keto diet employed in this study was quite low fat and low calorie! A higher fat content can MORE than cope with the demands of weight training AND intense cardio sessions like HIIT.

Secondly, as far as energy expenditure goes, weight training is not as costly as long cardio sessions. Short bursts of energy with longer break times in between for a total of 40-50 minutes can easily be supported by a ketogenic diet.

A second study [4] [5] was carried out by Phinney to correct for weight loss and possible fitness improvements of the subjects. Already highly-trained, competitive bicycle racers adapted a high-fat diet (83% of total calories) which was carefully designed to prevent weight loss.

While this study didn’t show actual improvements in performace in the keto group (as expected), it did corroborate the position that fat is AS GOOD an energy source as carbs for athletes.

Aside from the studies, there is also the information we have about inuit populations surviving off diets virtually free of carbohydrate. I thought the following from Dr. Phinney was an interesting historical note…

“One of the earliest documented demonstrations of physical stamina during a ketogenic diet was the Schwatka 1878–80 expedition in search of the lost Royal Navy Franklin expedition…The leader of this expedition, Lt. Frederick Schwatka, was a graduate of both West Point and Bellevue Hospital Medical College. His summary of the expedition was published as a news article in the New York Herald in the Fall of 1880…In one notation, Schwatka provides an interesting insight into his weaning from their initial supply of carbohydrate-containing food. ‘When first thrown wholly upon a diet of reindeer meat, it seems inadequate to properly nourish the system, and there is an apparent weakness and inability to perform severe exertive fatiguing journeys. But this soon passes away in the course of two or three weeks.’  “

In summary, the point I’m making is that BOTH carbs and fats are good energy sources. Which one you use is simply up to you. I feel that for reasons of a boosted anabolic hormone profile AND the preservation of lean muscle mass, low-carb (or carbohydrate cycling to be more exact) is more advantageous for the bodybuilder.

Can someone run a marathon on ketones? I don’t know, nor do I care. I won’t be running one any time soon 😉 . If YOU are and you feel they help, eat them. I know from some online buddies that it certainly is possible for them to complete one while in ketosis. However, it would take a ward study to actually prove it.

I’m really not that interested. As long as I can lift the iron and perform my cardio come cutting time, I’m happy 😀 .