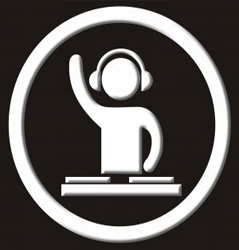 Now for Mind Hack #2 – When working out, Crank Up The Music!

For years I’ve believed that listening to music IMPROVES workout performance. I always noticed how music, especially heavy/aggressive music, gave me an added BURST of energy and enthusiasm when lifting.

However, I’ve never actually looked for any scientific evidence for this belief; turns out there is data out there to back up this position, though not truly definitive.

An Ohio State University study compared running with and without headphones. The headphone group reported that they felt less tired using a standard scientific measurement called ‘Rate of Perceived Exertion’. These people were also capable of running longer and with more intensity than the non-music group.

One added benefit recorded here is that the bodies of the ‘headphone runners’ released fewer stress-related hormones. Their perception of feeling less pain and stress was therefore backed up by their body chemistry.

This is obviously good news to us Muscle Hackers as want to avoid a catabolic environment and promote an ANABOLIC one as much as possible.

Emery, who conducted a similar study at the University of Pittsburgh School of Nursing says…

“Music may help organize the stimulus activity in your body that comes from exercise….We think exercise fires up the neurotransmitters in the brain and your hormonal system. Music can organize the response to that stimulus.”

Now moving specifically to music’s effects on physical strength, there is again more evidence that up-tempo music will help boost your gym performance.

In the following study [Pearce, 1981], subjects (33 male and 16 female undergraduate students) were split into 3 groups to test the effects of music on grip strength:

From this we can see that the TYPE of music plays a HUGE role! ‘Opt for more stimulating music’ is the take-home message. The lack of significant difference between stimulative and no music is surprising to me as personal experience has taught me otherwise.

As far as FAT LOSS is concerned, an increased heart rate is desirable when performing cardio. Up tempo songs most definitely increase heart rate, probably due to the emotional response it can illicit.

Is it all just the placebo effect?

Some may suggest that it’s simply the BELIEF that music is going to improve your performance that causes you to act in accordance with that belief. It’s a good and valid point. The truth is no-one really knows.

There’s no doubt in my mind that music provides a welcome distraction for the mind from the pain of muscular stress during heavy workouts. Perhaps this is all there is to it.

In defense of the position that music does help, irrespective of whether or not you believe in it, I would say that no-one ever told me years ago to expect better workouts from having music blaring in my ears, but it really made a NOTICEABLE difference.

If you haven’t got some stimulating vibes on while you’re hitting the iron, I advise you to start today!