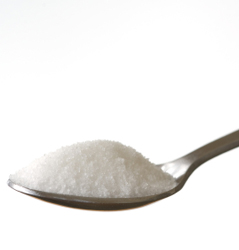 I was emailed some great news about creatine this week and wanted to share it with you guys.

The Journal of the International Society of Sports Nutrition published a position statement on creatine, and it’s ALL good!

Fair enough, it was published in August 2007 but it escaped my radar, so I’m assuming it escaped most other’s too.

Enough from me, let’s have a look….

The following nine points related to the use of creatine as a nutritional supplement constitute the Position Statement of the Society. They have been approved by the Research Committee of the Society.

1. Creatine monohydrate is the most effective ergogenic nutritional supplement currently available to athletes in terms of increasing high-intensity exercise capacity and lean body mass during training.

2. Creatine monohydrate supplementation is not only safe, but possibly beneficial in regard to preventing injury and/or management of select medical conditions when taken within recommended guidelines.

3. There is no scientific evidence that the short- or long-term use of creatine monohydrate has any detrimental effects on otherwise healthy individuals.

4. If proper precautions and supervision are provided, supplementation in young athletes is acceptable and may provide a nutritional alternative to potentially dangerous anabolic drugs.

5. At present, creatine monohydrate is the most extensively studied and clinically effective form of creatine for use in nutritional supplements in terms of muscle uptake and ability to increase high-intensity exercise capacity.
[Mark says, “Told you so” 😉 ]

6. The addition of carbohydrate or carbohydrate and protein to a creatine supplement appears to increase muscular retention of creatine, although the effect on performance measures may not be greater than using creatine monohydrate alone.

7. The quickest method of increasing muscle creatine stores appears to be to consume ~0.3 grams/kg/day of creatine monohydrate for at least 3 days followed by 3–5 g/d thereafter to maintain elevated stores. Ingesting smaller amounts of creatine monohydrate (e.g., 2–3 g/d) will increase muscle creatine stores over a 3–4 week period, however, the performance effects of this method of supplementation are less supported.

9. Creatine monohydrate has been reported to have a number of potentially beneficial uses in several clinical populations, and further research is warranted in these areas.

So there you have it! It works and it’s safe; what else do you want from a supplement?

As I’ve stated all along, when supplementing with creatine please opt for a Micronized Creatine Monohydrate (creapure is best), above all other newer forms of creatine.