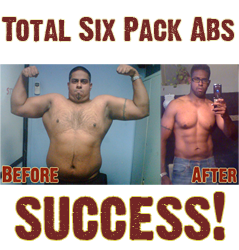 If you’ve read Total Anabolism 3.0 in its entirety you’ve no doubt come across the awesome testimonials toward the back.

One of those is from a guy who now looks like a brand new person.

His name is Darshan Weerasinghe, from Colombo, Sri Lanka. When these pics arrived in my inbox I was startled by the transformation!

Not because I don’t know what Total Six Pack Abs is capable of achieving; the thing works and that’s not a sales pitch, it’s a fact!

It’s because of the client’s drive to see it through to the end when starting from a high body fat percentage.

My first cut was from 22% body fat – I seem to store 90% of my body fat on my midsection, the rest being dished out around the butt and thighs. Getting rid of that gut was a bitch to be completely honest. But then again, I hadn’t developed the Total Six Pack Abs program at that time and I went at it haphazardly.

Here’s what Darshan had to say…

I’d been a low carber for 18 months prior to starting Total Six Pack Abs and got decent results. However, with my regular low-carb diet I was stuck at a plateau for many many months. I knew I had to control the calories (which the other low carb approaches said was unnecessary) and be progressive with the weights.

What impressed me most was how precisely the TSPA system is laid out and the fact that you could pretty much predict when you would get your six pack.  It was the precision of your program that enabled me to finally get down to 9.8% bodyfat at 176 lbs and a 32 inch waist.

I’m around 11% bodyfat in the after photo below. I don’t have one when I was 9.8%. either way I’m sure you will agree that my results are impressive. People who haven’t seen me for awhile are totally blown away and even my close friends and family had trouble believing that such a simple no nonsense approach works. Mark thank you very much, I’m grateful.”

Here’s the before pic… 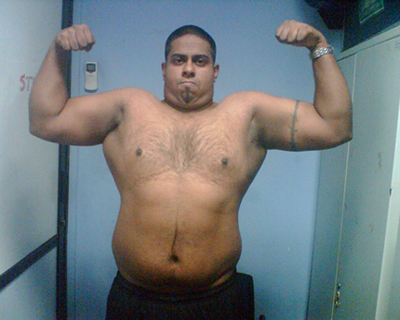 Here’s the after pic… 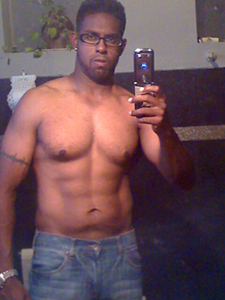 PLEASE NOTE: Tattoo is on the ‘other arm’ because Darshan is taking a pic of his reflection in the mirror in the second pic.

Darshan had the unenviable task of cutting from just under 30% body fat. I believe he deserves all the praise he gets for his accomplishment. It takes mental toughness and a ‘definiteness of purpose’ to start this journey and see it through to completion. If you’ve got the right mindset, I’ve got the right strategy for you.

Other systems advise you to aim for 1 lb of fat loss per week because it’s ‘safe’. If that’s how you want to do it, knock yourself out.

With Total Six Pack Abs if you’re not losing AT LEAST 1.5lbs of fat per week, you’re doing something wrong. More often you’ll lose more as the norm. And you will retain that muscle you’ve worked so hard to get.

Go here if you want to use a type of six-pack calculator to work out how long it will take you to get a six pack.