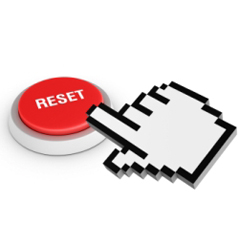 No-one is immune to this. Not even me.

Every now and then we need to “reset” in order to start experiencing meaningful gains again.

There usually comes a time in your training when you experience a false plateau (“plafaux” anyone?).

But how can a training plateau be fake?

Simply because you’re actually lifting the incorrect weight for your strength.

You’ve been too keen to increase the loads you’re lifting and have introduced bad form into many of your exercises. For example, you’re:

But although you were probably getting a little stronger, much of these increased loads were as a result of introducing bad form in one of its guises.

But your sins will soon catch up with you!

After a few months you get stuck at a certain weight and can’t break past it 🙁 . Perhaps you even start to backslide and seem to lose strength for a time.

What you should do is have someone look at your form, or do it yourself. I find that periodically filming myself helps with this more than anything else.

If you notice something wrong with your form, it’s time to reset!

This is actually a good thing. People that need to reset in a certain lift almost always experience NEW gains in strength and size. Their training had been so ineffective that they were simply maintaining the muscle mass they had. The strength progressions were actually phony; only by resetting can they sort it out.

By resetting they once again recruit and stimulate all the fibers of the muscle in question. Like I said in my last article “9 Ways To Get Your Traps To Grow“, the first thing they’ll notice is that the body part gets sore again for the first time in ages.

Subsequent strength progressions are then REAL and GENUINE. The trainee can have confidence that since strength and size correlate positively, new size gains are in the bag! 😀

Easy, reduce the weight. Since you may have added too much weight in an effort to accelerate results and introduced bad form in order to move those weights, you simply need to reduce the load.

But note: This is not a backwards step!

Since you are going to be training to the limits of your REAL levels of strength, this should be seen as a step forward (even though you might bruise your ego a little from the decreased numbers). But you just need to get over it. You’re in this game to transform your body, not to boast about loads.

HOW MUCH WEIGHT TO DROP

It’s impossible to say with absolute certainty, but I recommend you start with a 10% drop in load and see how you go.

That’s one of the reasons I like using dumbbells with spinlocks that allow me to fine tune the loads I’m lifting. I can increase loads by as little as 0.5kg if I wish. This ensures those small, incremental gains over time.

Resetting is the very thing that will allow you to start progressing again and make the kind of gains you’ve been looking for!

On the other hand, if you believe you’ve hit a genuine plateau, ask yourself the following:

Is your diet crappy? Are you getting enough protein to support the repair of your muscle tissue?

Are you resting enough between sets?

Are you ignoring certain lifts? When hitting one body part, other muscles are called into action to support the lift. If they are lagging behind, it’ll hamper your progress. A good example of an ignored lift is deadlifts; don’t skip them.

Are you taking a week off every now and then to allow for full systemic recovery?

Is there enough rest between body parts? If you hit a muscle with several sets to failure and attempt to hit it again within a few days and expect a progression, you’ll probably fail. I’ve tried it. Many others have too. That’s why a traditional 5-day split protocol works very well indeed.

If you haven’t already, is it time to start supplementing with creatine monohydrate?

Are you using the THT Exercise Bank to vary your workouts? While changing your routine too often is actually a bad move, there is a time to change things up. However, use only the best exercises for each body part, and only swap a compound movement for another compound movement, and an isolation exercise for another isolation exercise. Let the THT Exercise Bank take care of this for you.

Are you switching between THT Volume 1, Volume 2, and HIT routines every 10 weeks?

So whether it’s a “plafaux” or a plateau, you now know what to do to SMASH through it and experience new GAINS in both strength and size.