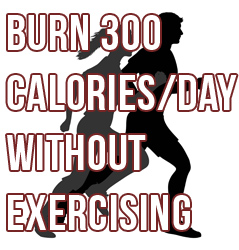 A debate has been raging for decades (but especially over the last 10-15 years since the Atkins diet gained worldwide popularity) about whether or not a low-carb diet has a “metabolic advantage” over other nutritional strategies.

A number of years ago I interviewed Anthony Colpo about this issue. He strongly disagreed with it. I have a lot of respect for Anthony and don’t necessarily disagree with him, but I’ll comment more about it below after I tell you about this study [1].

It was funded by the National Institutes of Health to find out if the TYPE of diet people went on made any difference in terms of weight loss or maintenance when calories were exactly the same.

After their body weight stabilized, the participants followed one of following 3 diets for a period of 4 weeks:

IMPORTANT: All 3 diets were isocaloric i.e. they contained the same total number of calories, only the macronutrient ratios were different.

The results were surprising to the researchers:

Considering the participants underwent medial and metabolic testing, this would seem to suggest a metabolic advantage to low-carb diets.

One possible explanation put forward by the scientists was as follows:

“We think the low-carb and low-glycemic index diets, by not causing the surge and crash in blood sugar, don’t trigger the starvation response. When the body thinks it’s starving, it turns down metabolism to conserve energy.” 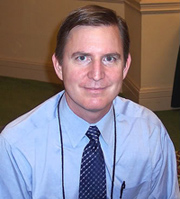 Dr. Eric Westman, of Duke University, certainly seems to back the idea of a metabolic advantage to low-carb diets saying..

“…the lower the carbohydrates, the better the metabolic effects. People burn more calories if they eat fewer carbohydrates.”

Personally speaking, I have experienced better weight loss with a low carb approach. Many other people report the same result.

However, total weight loss is NOT my primary concern. Changing body composition IS. More lean mass and less fat mass is the ideal result.

When it comes to this, there is no doubt that a lower-carb approach works best. I cite several studies demonstrating this in my fat-loss book Total Six Pack Abs. It’s a matter of being in fat-burning mode, and out of fat-storage mode.

Ensuring that you create an environment inside the body that encourages fat burning is about controlling levels of the hormones insulin and leptin.

Controlled levels of insulin are like the gates to your fat cells being opened. The fat can then freely come out and be burned for energy.

Optimal leptin sensitivity allows your brain to signal that it’s ok to lose fat and that your body doesn’t need to start storing the energy that’s coming in (food intake). 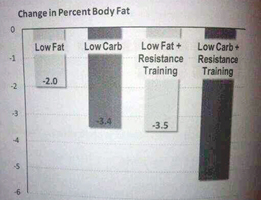 All of this is achieved by lowering carbohydrate intake, and especially your sugar intake. It doesn’t need to be very low in carbs. And for us lifters, there should also be periods of high carbs to replace lost glycogen in our muscles.

Jeff Volek has done some great research on this very topic. See graph to the right and this meta-analysis paper called ‘Low-Carbohydrate Diets Promote a More Favorable Body Composition Than Low-Fat Diets’ [2] for the in-depth results.

HERE’S THE TAKE HOME MESSAGE: Whether or not there’s a metabolic advantage to low-carb dieting remains debatable. However, don’t concern yourself with this issue. What you really want is less body fat and more muscle mass; restricting carbohydrate is the clear winner over all other diets in producing this result.

If your priority right now is just building muscle, opt for my free THT training program. Like tens of thousands of others, Hannes Lessing got the best gains of his life in his first 5 weeks! Download below…