How Did This Aussie Lad Bag Himself A Six-Pack? (With Pics) 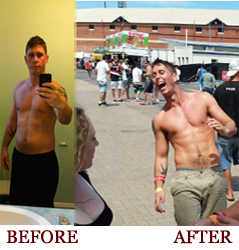 Is Total Six Pack Abs only for bodybuilders?

That’s a question I get asked all to often by people interested in starting the program.

The answer is that Total Six Pack Abs is for everyone!

I wanted to share this recent testimonial with you as an example of the program working for the average guy.

It comes from Joel Taylor, a 30 year old guy located in Geelong, Australia. To prove he’s a real guy, this is his Facebook profile.

just wanted to say thank you for such an awesome eating/workout program.

I am 182cm tall and have been training for the last 4 years or so, but last year i discovered your website and it transformed the way that i trained. I finally started achieving some results. at the start of the year i decided it was time to shed some body fat and cut up!!

Along the way I found that my weight would often stay fairly stagnent to the week before but that my body fat % was decreasing. This was awesome to see and obviously the main aim! (building some lean mass while shedding fat) 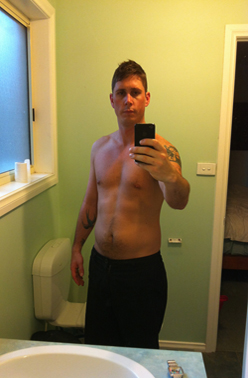 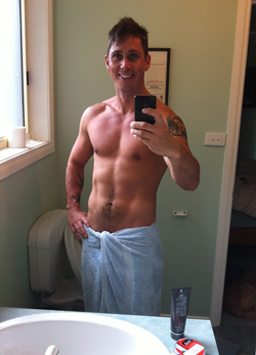 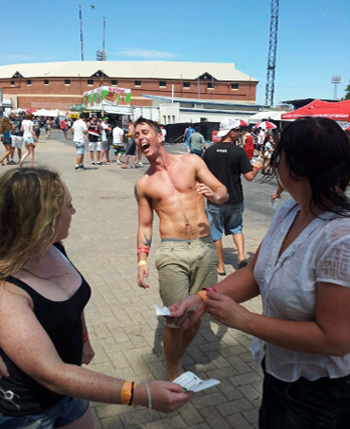 You reckon those girls are checking out his abs or just wondering if he’s a weirdo?  😉

Also I think its worth noting that on two separate days I had plans with friends that I allowed myself to drink and eat pretty much whatever I liked. It most likely slowed me down a little but i was still very happy with the speed I achieved my results.

Thanks again Mark! Reading your books has helped me realise that there is nothing standing between me and achieving what I want!

Getting a six-pack isn’t for the chosen few. It’s for everyone! If you have the right attitude and want it bad enough, I have the plan to take you there. I sincerely believe it’s the BEST six-pack program on the market!

And as you can see from Joel and everyone else’s testimonials, it can take WEEKS, not months, and certainly not years! It actually saddens me that there are people out there who have been trying to get a six-pack for years! There’s just no need.