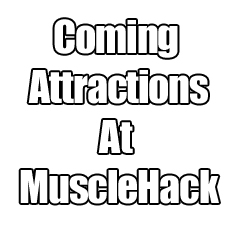 Firstly, I’m aiming to release an updated version of The Arms Blast Experiment before the end of April 2013. 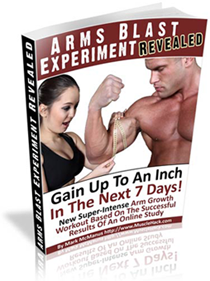 Not only has the workout been improved, but the book will also come with a video of me doing the Arms Blast itself. This will clear up any confusion regarding the finer details of the routine. It’ll also act as a great motivational tool for you!

I’ve re-written the book as well. It is more thorough in its explanation of why it actually works so well. Simply put, it’s awesome!

As always, anyone who has previously bought this product (and hasn’t subsequently unsubscribed from the mailing list) will get the new book FREE. So just because a new version will be released, don’t let that stop you buying the current version if you want it now. You’ll get an email as soon as the new book is ready for download.

Somewhere between May and June 2013 Total Six Pack Abs 3 will come out! The best damn program for getting ripped is getting updated.

While there will be no fundamental changes to the diet because it’s as solid as a rock, the workout is getting a makeover!

Again, all previous buyers will get it FREE, so don’t hesitate to buy the current version if you want to start getting shredded today. There’s nothing worse than having a gut when we’re coming into summertime.

There will be further updates to THT. Version 5.2 will probably be released in May 2013.

You may very well see THT in the iBooks store (free). I’m working with a guy now to make that happen. I’ll keep you posted!

You may also see Total Six Pack Abs on Amazon for sale sometime this year. After the next update of the book, I’ll be approaching Amazon about getting it on their site as a Kindle book. I think it would look great on the new Kindle Fire tablet. 🙂

MuscleHack needs a new app! Since android is the most popular operating system, my preference would be to get this out on Android (although sooner or later I’d need to make this available for iPhone users too). Can YOU help with this? Maybe if you don’t have the expertise personally, do you know someone who does? I can tell you that it it will be a popular app and would look great on your CV.

The app will include all articles on the blog, but more importantly it needs to be able to log THT workouts. So we need to have the 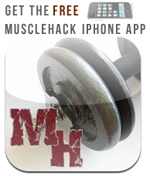 workout logs in there with users able to record their reps and weights. Over time it should be able to plot the user’s strength progressions on a graph to give visual feedback and motivation.

It would also need to be customizable since MuscleHackers change exercises every so often. They also may want to amend rest times between sets and so on. The app will be FREE for all users.

Note: There is a current MuscleHack iPhone app you can get here.

(Possible) Jacked ‘N’ Ripped ‘might’ be released as a book before the end of the year. I stress ‘might’  here. It would be a book and calculator software program. The thing is, I’d love to get this information into more hands. 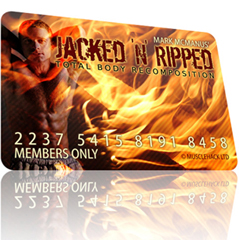 With having had a few intakes of clients now, I’ve got a feel for the types of questions that arise, and any possible tweaks that people need based on their lifestyle. Therefore, it may be possible for me to release this program as a book that will be capable of covering all bases for all readers.

It will be cheaper, since there won’t be any personalized instruction from me on offer (as it won’t be needed). Anyone who has previously been on the program will be the book free of charge.

And there will be more great articles and videos as always. Stay tuned!

So, if you can help out, or you just want to leave me some feedback, leave a comment below.