Cardio In The Morning On An Empty Stomach? 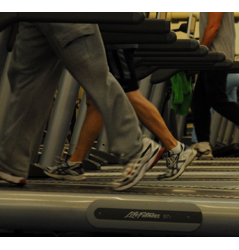 What is fasted cardio?

Should you do it?

Does cardio on an empty stomach really produce better results?

A recent study [1] has sought to find out.

Researchers compared fat metabolism between a group of individuals that performed cardiovascular exercise in a fasted state versus those who trained in a fed state.

They compared the effect on oxygen consumption (VO2) and lipid/fat utilization, which was estimated by the respiratory-exchange ratio (RER).

The difference was still significant 24 hours after exercise.

“…that when moderate endurance exercise is done to lose body fat, fasting before exercise does not enhance lipid utilization; rather, physical activity after a light meal is advisable.”

So from this study at least it seems that another golden rule in the bodybuilding world ain’t so golden.

Cardio in the morning on an empty stomach would appear NOT to produce better fat loss, and in fact may hinder your progress.

Any of you Total Six Pack Abs buyers out there know that cardio is recommended in a fed state after your weight training on the program. I have always felt this to be the ideal time after many years of experience getting cut.