What Is Creatine & How Does It Work? 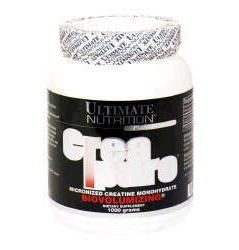 Do you want to know the REAL scoop on creatine?

Does it work? Will it make you big? Is it safe?

If you want to know, READ THIS ARTICLE.

Not only will you be clued in, but you’ll be able to set the salesperson straight at your local supplement store when they try to peddle some ridiculous claim about creatine (and there are a LOT of them).

Creatine is a natural compound. It is already found in our body, so you are not putting something artificial in there. 95% of our creatine stores are contained in skeletal muscle. It’s used in the production of energy.

This energy is called Adenosine Triphosphate (ATP) and it is important to understand that ATP is essentially the fuel that the human body recognizes.

ATP is produced by our energy systems, which are:

Now, there is only a very limited amount of ATP is storage at any one time, about 1 – 2 seconds worth. ATP therefore has to be continually synthesized.

Differing levels of activity place varying demands on ATP production and utilize different energy systems to get the job done.

How Does Creatine Work?

Working at lower intensities (60% of max effort or less) uses the aerobic system for ATP production. People who exercise at this low level of intensity will not benefit from creatine supplementation because there is sufficient oxygen to create ATP to meet the demand of this type of training.

Working at between 60% and 95% intensity will involve more of the lactate system (which is anaerobic) to produce ATP. We’ve all experienced this, when you get to rep 6 or so in a set, you start to ‘feel the burn’. What’s happening is that the lactate system is producing ATP, a by-product of which is lactic acid.

So, what happens when us Muscle Hackers train to failure and work to 100% intensity? Now the lactate system cannot keep up with the demand so the phosphocreatine system creates ATP by regenerating it from ADP (Adenosine Diphosphate). Let’s explain that…

Since we really want to stimulate our fast-twitch 2b fibers for maximum muscle growth, our training absolutely requires us to utilize the phosphocreatine system. Now, it should be obvious that increasing the availability of creatine phosphate will allow us to train with more intensity, stimulate more fibers, and produce more muscle growth stimulation.

Bodybuilders therefore try to maximize this availability by supplementing with creatine (typically an increase in creatine phosphate stores of 10-40%). The tried and tested method is to saturate the cells with creatine and then maintain it by loading for 5 days @ 20grams per day, then taking 5 grams everyday thereafter.

There is no definitive science regarding the efficacy of cycling creatine, but I like to come off it for a few weeks after 8 weeks of continuous use.

I’ve got my doubts about this one. As always, I look to science rather than ‘bodybuilding dogma’ or the label of a supplement bottle for information. 99% of creatine users will tell you that it speeds up recovery – if true, that would be very nice indeed!

While I’m not saying it isn’t possible, some studies indicate that at least indirect markers of muscle damage do NOT improve with creatine supplementation.

However, 1 study on untrained individuals using eccentric-only workouts suggested that creatine supplementation DOES aid in recovery.

It may help, but don’t depend on it.

Saturating cells with creatine has the effect of increasing water retention. Basically, you’ll look a little bigger and be a little heavier while supplementing with creatine.

This is a nice cosmetic effect of creatine supplementation, I think we’ll all agree.

Some websites claim irrefutably that increased muscle creatine levels increases protein synthesis rates. I’m not completely sold on this but it certainly is possible. This first study below would be supportive, the latter suggesting that this is not the case, at least in the short-term post exercise period.

So Why Take Creatine?

From the above, I DEFINITELY recommend creatine supplementation because:

Not bad for a relatively cheap supplement, eh?

I can almost hear some of you saying, “But Is Creatine Safe?”. In short, YES it is – read this article. Here’s a quote from it:

There is no scientific evidence that the short or long-term use of creatine monohydrate has any detrimental effects on otherwise healthy individuals.

I am currently using a Creapure Micronized Creatine Monohydrate (UK & European Readers Should Get Their Creatine Here). If you won’t settle and want the best, then that’s what I suggest you go for.

If you’ve been supplementing with creatine for a few months (or years!) without a break, I suggest you come off it for about 2-3 weeks, grab some new creapure like this one and start the cycle over again. Creatine supplementation SHOULD result in a noticeable increase in strength, so don’t settle for second best.

Also, don’t buy supplements with creatine as just one of many ingredients – this means that anytime you want some creatine you have to consume some other unnecessary fillers too. Just get a good Creapure Micronized Creatine Monohydrate and you’re all set.

I hope this article helped settle some science and banish some myths for you. I also hope it helped some of you ‘on-the-fence’ guys finally decide to start your first creatine cycle!