The 2 Veggies That Make Muscles Grow!

WARNING: This is not what you think! What these 2 vegetables do is work to actually switch off something that prevents muscles from growing faster! That “thing” I’m referring to is MYOSTATIN…and if you’re not sure what that is, look at this pic… 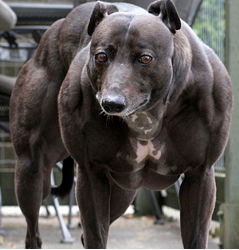 That’s ‘Wendy the Whippet’, aka “muscular dog”. Wendy has a Myostatin deficiency. Looks more like a pitbull with a skinny head!

You see, we all have the breaks automatically put on our muscle growth rates. Having this deficiency takes the breaks OFF i.e. you can grow fast! The body actually limits muscle growth with myostatin (It’s a little-known secret that all top bodybuilders have a myostatin deficiency. This coupled with steroid abuse results in those freaky physiques).

By the way, simply click here to download my free THT training manual and mobile app to get the best gains of your life!

The first documented human case of a myostatin deficiency was of a German kid. He has twice (twice!) the muscle mass of other kids his age, and half their bodyfat. Here he is… 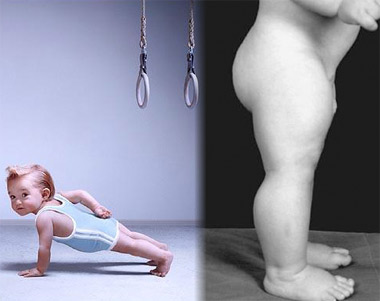 Now, it turns out that 2 x vegetables may actually suppress the myostatin gene, according to researchers at the University of Bonn [1]. Which vegetables?

These 2 vegetables contain a chemical called Glucoraphanin. When digested, this chemical is converted to Sulforaphane.

When Sulforaphane is exposed to satellite cells in pigs (which are almost identical to human satellite cells) they develop into adult muscle cells. Researchers concluded that,

“Sulforaphane may have therapeutic benefits in the treatment of human skeletal muscle disorders and practical value in meat production.”

Anything that we can do to inhibit Myostatin will results in faster and bigger gains.

NOTE: If you like this kind of tip, I also have 9 ways to jack up the BIG 3 anabolic hormones naturally. Get gains faster by getting this info on manipulating testosterone levels, growth hormone and insulin.
Just enter your details below to get the info immediately (don’t worry, I operate a zero spam policy)

Thanks! Click here for the 9 methods: JACK UP THE BIG 3

Thanks! Here's what you wanted. Enjoy...

So I highly recommend you take advantage of this knowledge by having one or both of these vegetables every day. I’ve already been doing this for years, but that’s just a happy coincidence. I had no idea they contained this chemical. (Note: There are natural supplements available, like this one on Amazon, that deliver 30-50 times more of Sulforaphane into the bloodstream than any other product. However, this is new to me and I’m not aware of any independent studies on them, so don’t ask me about efficacy).

Broccoli and cauliflower are also the 2 vegetables that I most often recommend to my coaching clients, irrespective of whether they are shredding up or on a gains cycle. That may go some way to explaining the incredible results we’re achieving. Recently, I received this from husband and wife team Francois and Martine Tremblay. I have coached them to shredding success…

“I easily lost 27 pounds and I am in great shape thanks to this program! What Mark is proposing is not your ordinary low fat or low carb diet. You’ll be having protein, carbs and fat, which will make the diet tasty and much easier to follow, without being really hungry. In fact you’ll be surprised of how full you will feel.

Everything is laid out for you in the menu, and how to proceed to keep the pounds going down. I loved the plan so much I had one made for my wife, who is not a fan of dieting and is now very motivated and getting great results! We were at the beach and a lady stopped Martine to tell her how great she looks and that she is in better shape than 90 percent of the teenagers on the Beach. Amazing!”

Interestingly, cooking broccoli and cauliflower makes the nutrients more ‘bio-available’ i.e. your body can get access to, and use more of, the goodness. So don’t attempt to eat these raw, thinking it’s better for you. And puh-lease make sure these 2 x veggies top your list when on a cutting diet – a nice side-effect is that they fill up your belly, for very little calories meaning you can shred fat without feeling hungry.

P.S. I know that putting together a diet for mass gains or getting shredded abs can be a pain in the butt, especially if you are new to this – that’s why I offer a service where I will do all the tough ground work for you.
You probably don’t know how many calories you need, or how many grams of protein, carbs or fat you need (based on your personal stats)…BUT I DO. Then I can take these numbers and create an exact meal plan for you to hit those numbers spot on! You’ll know what foods to eat and even when to eat them. All you have to do…is do it. No thinking involved. If you’d like me to take care of this for you, see the Get Me Shredded option on my Coaching Page here. 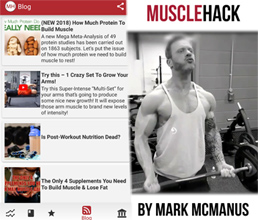