P90X Sucks. Father of Triplets Discovers The Real Secret To Getting Ripped & Muscular 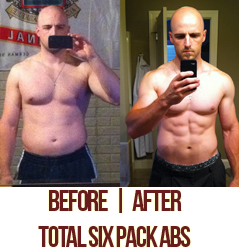 If you could achieve your goals:

I feel sorry for the many people slaving away on programs like Insanity and P90x.

Some trainer puts together a lot of aerobic work with some light resistance thrown in for good measure and claims it’s an “insane” workout that brings “insane” results. Unfortunately the masses lap it up (thanks to some great marketing). By the way, why is everything “INSANE” with these guys? Seems to be a real buzzword for the current cesspool of “gurus”.

There’s no real science behind this stuff. They’re basically just getting you to bust your ass for 90 minutes in any way the can. You know how easy it is for a trainer to make this stuff up off the cuff? It’s rubbish. It doesn’t build muscle. It doesn’t increase your resting metabolic rate. Just go out running for 90 minutes if you want the same type of slow results (and save your money).

In addition to this story, have a look at this feedback I received on facebook from ex-P90X and Insanity trainees!

Ok. Rant over. I’m getting worked up here!

Now, here’s some quality feedback from a program that IS based on scientific research – Total Six Pack Abs.

It comes from a former P90X guy, Derek Holt, from Bloomington, Illinois. For authenticity, this is his facebook profile. 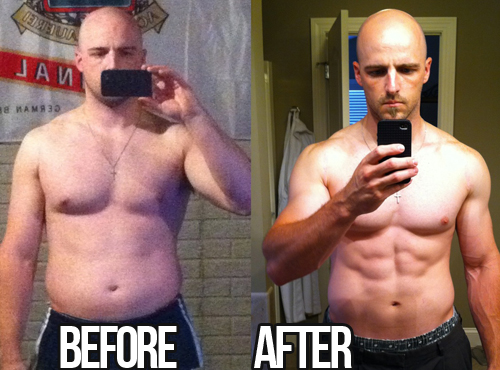 “First I’d just like to thank you and the MuscleHack site for providing great information. I have to say that I was skeptical at first, taking in 100g fat/day didn’t seem like a weight-loss plan to me.

Being a high school and college athlete I didn’t have much trouble staying in shape. Even after college, the first 4 years of my marriage (pre-kids) I found plenty of time for long hours at the gym and stayed in decent shape despite the fact that my eating habits were pretty poor.

Fast forward 4 years after marriage and I’m suddenly the father of triplets, yes three babies at once… crazy!

Initially working out was the last thing on my mind. After 6-8 months caring for kids and not working out, things finally settled down and I realized how far I’d let myself slip (worst shape of my life).

I actually went through 2 cycles of P90X with little results. After having limited success and killing myself (P90X is no joke), I stumbled across MuscleHack.com.

As I said before I was a bit skeptical after first reading the (Total Six Pack Abs) diet plan, but figured I didn’t have anything to lose.

After 30 days of the diet and lifting routine I had dropped 10 lbs (more than I had ever dropped after 90 days of P90X). Seeing this success I continued with the plan and finally achieved the results I was after.

In total I lost over 30 lbs in around 4 months, while gaining strength at the same time.

The bonus of this diet/workout routine is that I spend about half as much time working out, eat the same quantity of food (the right foods), “cheat eat” on the weekends, and have more time with my family.

Thanks Mark, this is the only routine that’ s worked for me.

I’ve attached a before and after picture and hope others can see this as proof and motivation that this can work.

People always ask me this, so I’ll answer it here to save anyone the bother of typing the question. You don’t stop THT training when on TSPA. You keep right on gaining like you were (on whatever cycle of THT you were using. You can train 3, 5, or 6 days a week with TSPA). So you can do this, no matter what time constraints you’re under.

So don’t worry, you will NOT lose the progress you are making with THT training 😀

Stick with programs that based on the research, guys. Also, if anyone else would like to submit a testimonial, just let me know below.

It’s Monday – we’ve a new week of training ahead. So…