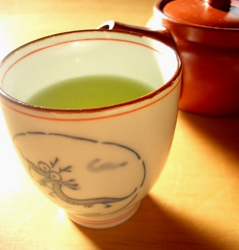 Is green tea a fat burner?

Most likely you’ve heard these claims over and over again. But is it true?

You’ll burn 5g of fat every time you drink a cup of green tea.

Exciting stuff. Let’s have a look…

‘Obesity Reviews’ published a meta-analysis (a study of studies) in 2011 [1] that concluded that a 200ml cup of green tea will about about 5g of fat. Not too shabby!

Data from 39 studies were looked at for this work.

Now, you may be tempted to think (as I previously was) that it’s simply the caffeine in green tea that does the work. Yes, caffeine will raise your metabolism and increase energy output (at least in the short term).

On average, a cup of green tea increased energy expenditure by 4.7% across the studies.

Now to the mathematics…

The researchers found that for every 1mg of caffeine/catechins mixture, fat burning was increased by 0.02g/day (compared with 0.01g for caffeine alone).

Will a cup of green tea burn 5g fat in every person, every time? No. There’s just no certainty of that.

While this is the case, it would pale in comparison to a caffeine/ephedrine stack recommended (but not compulsory) in Total Six Pack Abs.