Activate Genes For Increased Muscle Size In The Next 3 Days! 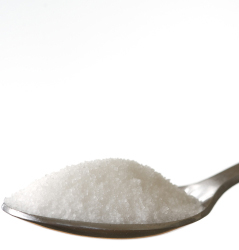 What if I told you that you could activate the genes responsible for increased muscle cell volume and size in the next 3 days?

The best thing about it is that you probably already have the very thing necessary for this in your kitchen!

While every one else is searching for the latest CRAZY supplement to accelerate their gains, you should be using this one…

…in its most EFFECTIVE form and,

…in the most EFFECTIVE way!

Check out the following study title:

Yep, Creatine Monohydrate! I’ve already blogged about the fact that monohydrate is the most effective form of creatine, despite what some manufacturers would have you believe.

But in the above study, Canadian scientists found that loading with creatine monohydrate for just 3 days at 20 grams per day caused an increase in the expression of genes responsible for muscle growth.

Interesting to note that this study involved NO training whatsoever. The message is this: If you’re not already supplementing with creatine, now is the time to start!

Now, if you’ve been reading my blog for a while, you’ll know that I previously commented on a NEW way to take creatine that could prove to be MUCH more effective.

It also involved 3 days of creatine loading, which was followed by 3 days of zero creatine supplementation.

Because apparently the traditional dosage pattern fails to maintain high muscle creatine concentrations over a longer period of time (6 to 12 weeks). [2]

Also, the traditional loading period (20 grams per day for 5 days) may cause creatine saturation outside the cell, which may prevent effective muscle uptake for weeks or even months!

The above 2 points are according to Paul Cribb from AST.

Since the purpose of using creatine is to:

…Cribb suggests we do this best with short term ‘creatine loading‘ following by ‘creatine abstinence’ ad infinitum. The pattern goes like this:

For the sake of making this user friendly, you could use a 3-day on, 4-day off strategy, staying off creatine from Thursday to Sunday each week.

Who wants to test this?

I’m looking readers who are willing to test this method and report back to the rest of us.

Here’s what I want you to do:

If the response is positive, more people can get on board. If not, we can toss the idea aside.

But let’s not dismiss something that could prove to be VERY beneficial, especially if you see yourself as a creatine “non responder”.

Let me know if you plan to take part below and on facebook!